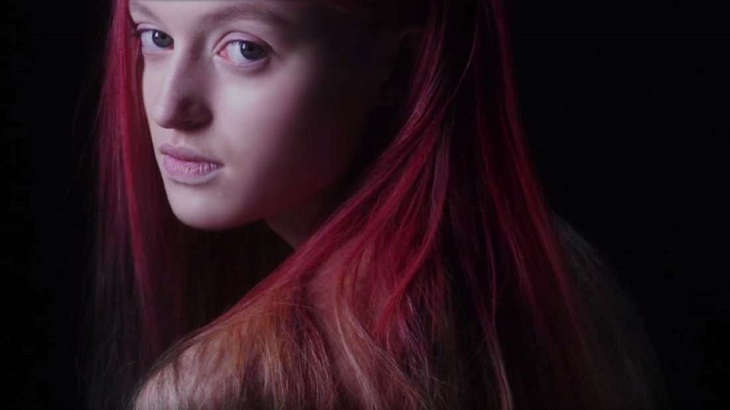 A UK firm called The Unseen has revealed hair dye that can change between two colors if the temperature around you alters.

Called Fire, it was unveiled recently to coincide with London Fashion Week. The dyes allow hair to change between different colors temporarily depending on the type of dye used. This includes black (cold) to red (hot), black to white, silver to blue, blue to white, and black to yellow, according to Forbes. The dyes can be removed after a few washes, without any lasting damage.

The interesting invention works using thermochromic ink, a technology used in things like cans to change the color of text according to the temperature. The Unseen, though, has applied the same technology to hair, without damaging a person’s scalp – as traditional thermochromic ink is toxic.

To deal with this, the firm said in a technical document that they replaced the toxic parts with “less toxic ingredients, which has required a significant amount of reformulation and testing.”

“The data used to create the dye stems from the process of thermoregulation in the human skin and the colour change chemical reaction occurs in response to a certain stimuli – in this case, changes in the environment,” notes Wired.

The dye works using a complex carbon-based molecule, which undergoes a reversible reaction with itself when the temperature is changed. Above a certain temperature, “one of the molecule‘s forms is more stable than the other, and so a reaction takes place producing a molecule with a slightly different absorption of light, and thus a different colour,” said The Unseen.

The temperature required depends on the dye. For example, the blue to white dye will activate at 15°C (59°F), mimicking winter, while the red to black dye activates at 31°C (88°F).

Founder Lauren Bowker told IFLScience that they plan to commercialize the product – hence some secrecy on how it works exactly – although some issues with the recipe still needed to be ironed out.

“We are currently looking for a commercial client with the scale to license this technology from us bringing it to shelves as soon as possible,” Bowker said, adding they hoped to sell a range of colors and temperature effects.

The Unseen also has plans to create a permanent dye, not just a temporary one like this. And there’s scope for more subtle changes too, such as changing color when moving from inside to outside a building (blue outdoors and blonde indoors, for example).

A temperature change from a person’s emotions, such as blushing, could apparently even be enough to change the color of the dye, such as from black to red.

The goal of the product is not just to show off a nifty hair dye, but also to encourage young people to get involved in science and technology.

GO TO NEXT PAGE TO WATCH THE VIDEO >>>