IknowHair 2018
by Selin
Dads are amazing. Hmmm, you want me to explain how amazing they are? Imagine your family vacations, time you spent at amusement parks, or the sheer fact that your father worked so hard for many years to bring food to the family table. Yes, Dads are amazing and every dad has their own unique ways to show it!

College administrator Rob Witts has his own unique and very interesting dad experience. He recently shared his experience on his 42nd birthday on Twitter. You can say that this is one of the most dedicated revenge ever done to sons. (h&t: Robertas)

Have you ever thought that what you did 28 years ago will come back and bite your buttocks? 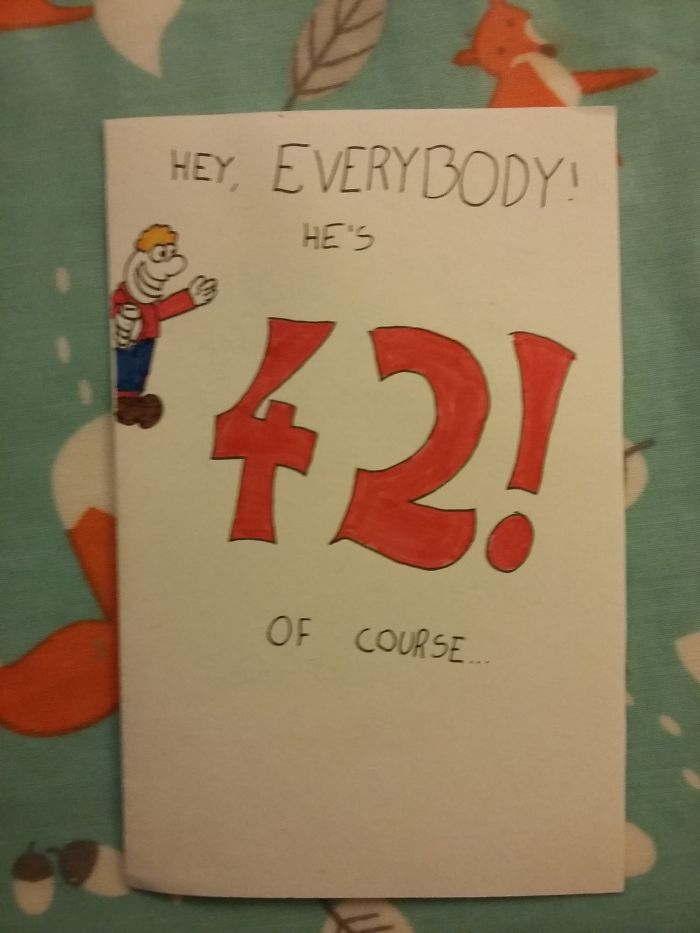 So let’s go back to Witts 28 years ago, when he was only 14 years old. His father’s birthday was approaching, and he came up with the best birthday present for him.

He took out some paper, writing tools, and made a super ironic birthday card. At the beginning, you may ask yourself if it was intentional (he was only 14 years old after all), but once you read it, you will discover how intentional it was. 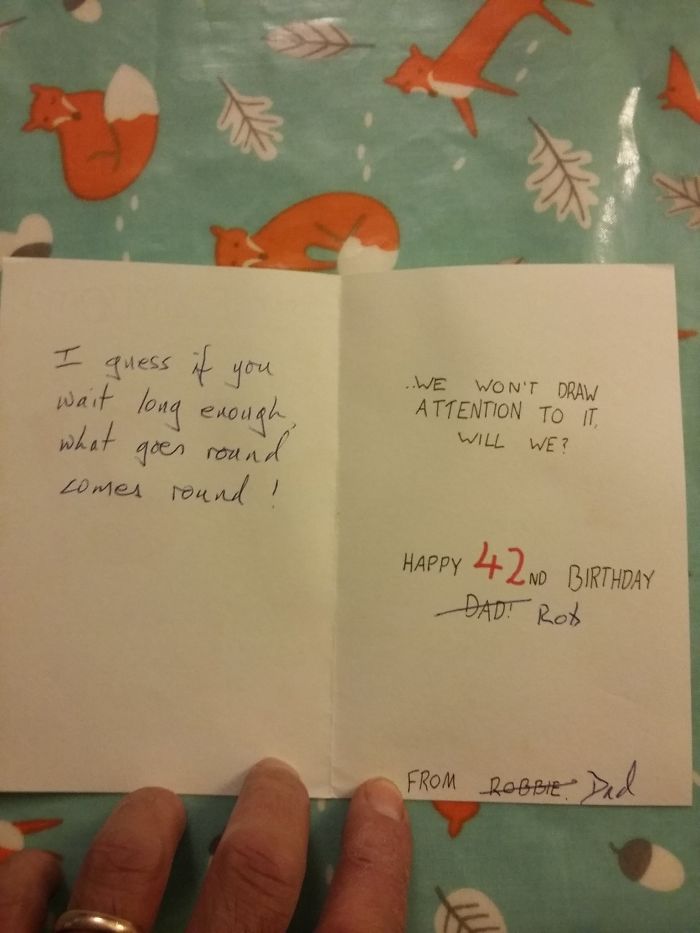 The card featured an illustration of a guy with orange hair and some sarcastic text:

“Hey, Everybody! He’s 42! Of course… I guess, if you wait long enough, what goes round comes round! … We won’t draw attention to it, will we? Happy 42nd birthday, Dad. From Robbie.”

His dad hid the card and kept it safe for 28 years only to give it back to Witts on his 42nd birthday.

Witts gets a greeting card. Looks familiar, does not it, Witts? Well, it’s the very same birthday card that he got for his dad, except with slight differences… 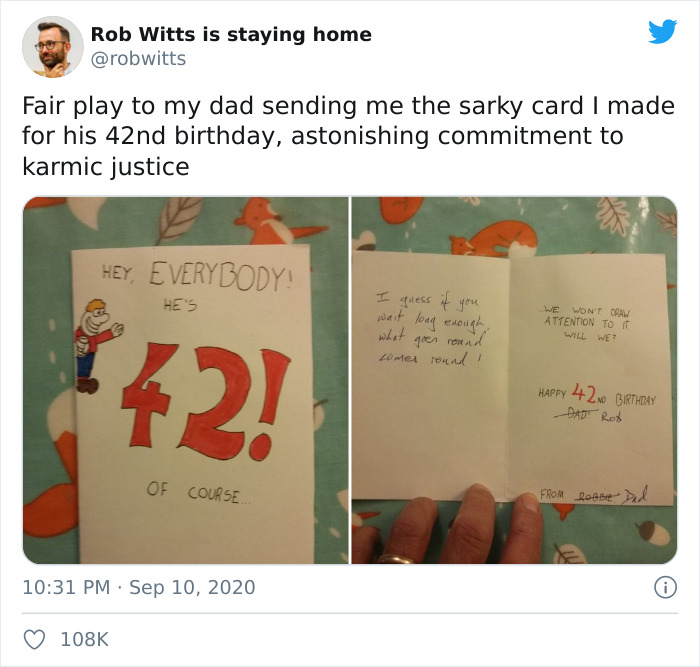 Witt`s mom claims his dad was not planning this, but nobody is buying it as it is just too evil not to plan 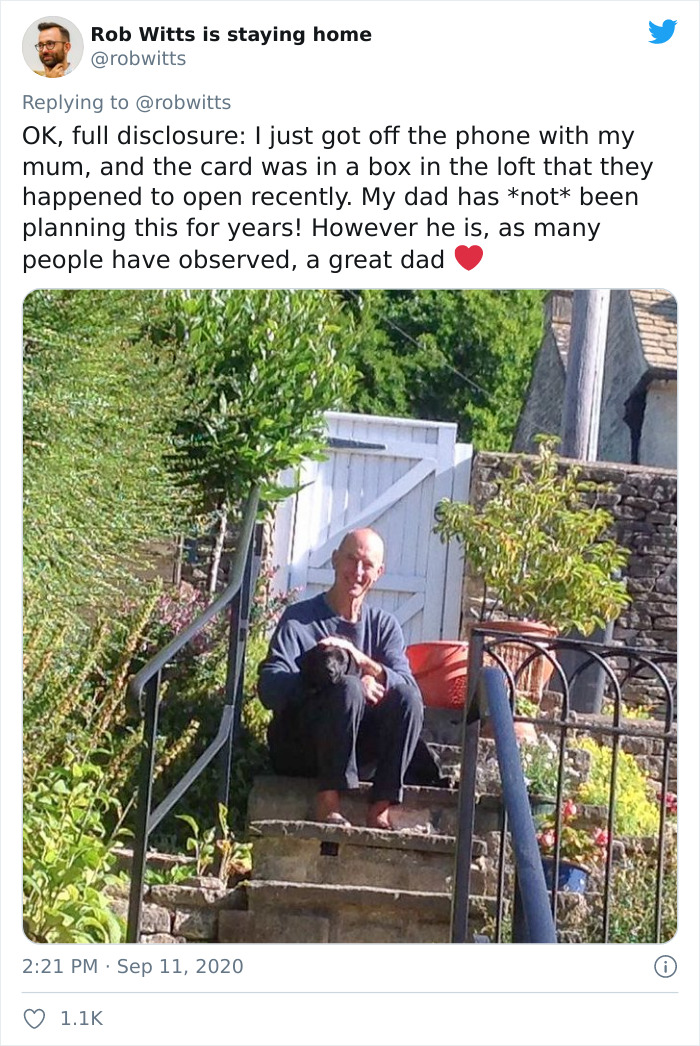 Therefore, it turns out that Witt’s father has kept this card for many years and recently discovered that it was hidden in their loft. Witt explained in tweet that he called his mother and she claimed that his dad was “not” planning this. Of course, Dad, we all surely believe you! 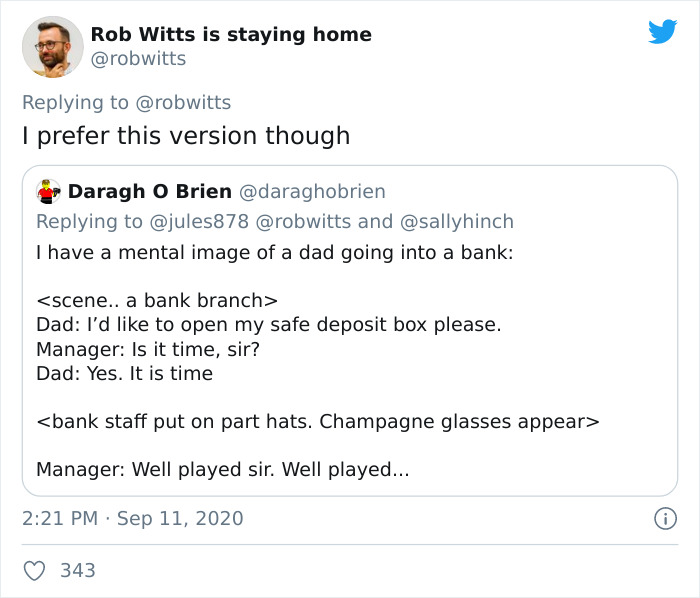 Regardless of the version, Rob’s dad was praised for his dad-like patience and ingenuity. The tweet soon went viral, garnering over 107,900 likes and almost 10,000 retweets and further making headlines online.

Many people appreciated the legendary plan and patience of the father. 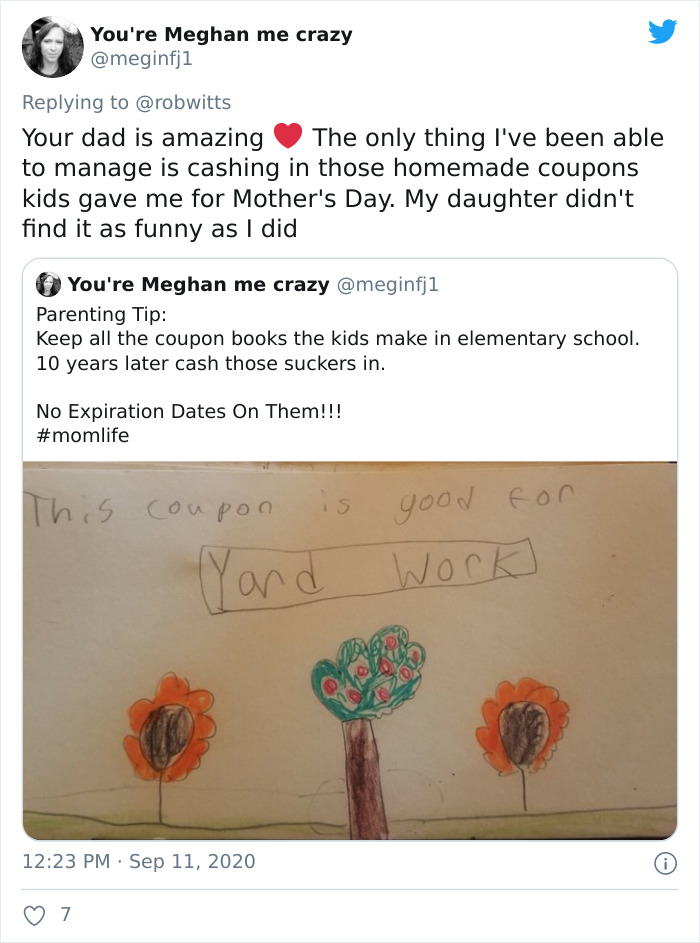 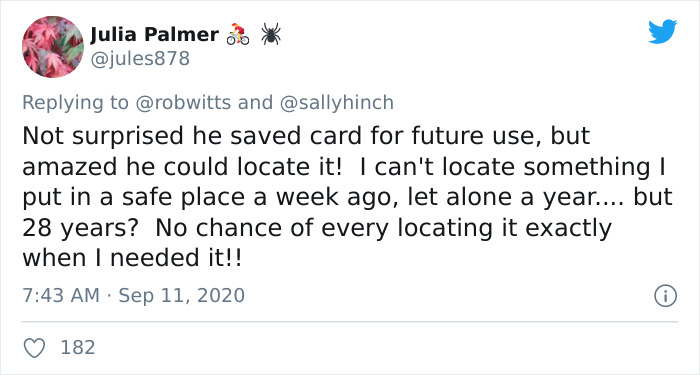 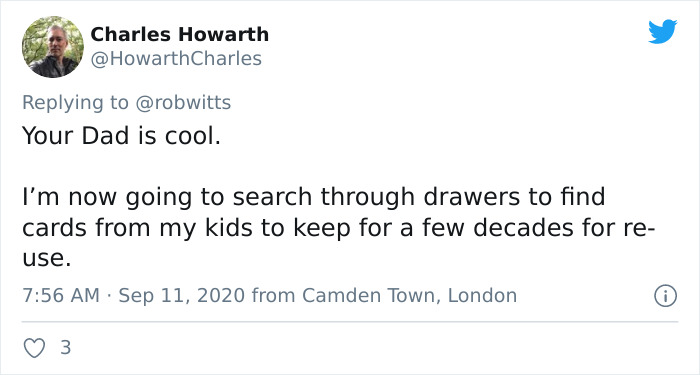 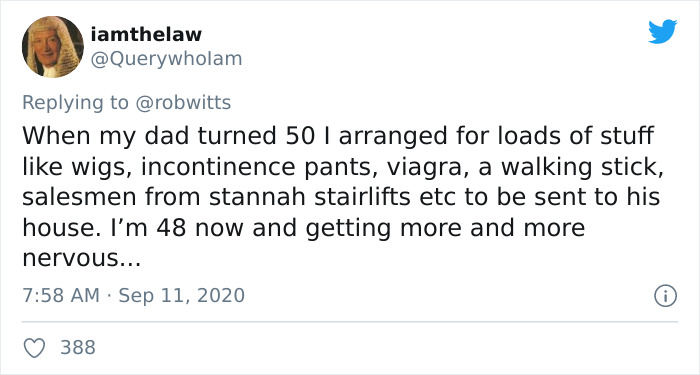 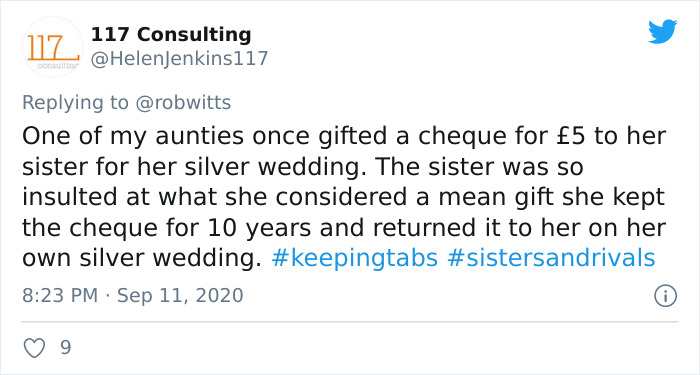